INBND uses its in-depth expertise in designing and implementing comprehensive webinar programmes to give its customers a competitive edge. Webinars contribute significantly to lead generation and content marketing strategies, as one of the most effective forms of content available to marketers today.


Email: Get in touch

Founder Interview – Paul Greaves: Last week I interviewed Paul Greaves, the Co-Founder and CEO of Video Hosting and Syndication Platform ZiMovi. Paul gave me some detailed insight into the journey that led him to start ZiMovi and what steps he took along the way to help him to succeed.

I was impressed by how intentional Paul was during the early stages of his career and how that developed into a collaborative mindset, which ultimately gave birth to an innovative and state-of-the-art video solution.

ZiMovi’s vision is to provide one central dashboard to make video work for organisations and audiences. It enables businesses to measure, enhance and expand video experience, increasing viewer satisfaction and interaction. ZiMovi provides video hosting, communication, marketing and insights in one central platform.

If your organisation uses – or is planning to use – video, you will benefit from the way ZiMovi has addressed the content and analytics ownership. It leverages the power of social networks without falling victim to a reliance on public video platforms. From a marketing viewpoint, this is key to making video work for business and turning views into leads.

Read the transcript of the interview with Paul below: 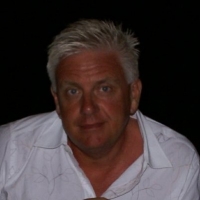 Hi Paul, thanks for agreeing to this interview. Let me start by asking: Have you always wanted to start your own business? And what inspired you?

I did a degree in mechanical engineering at Leeds and then went to work for a local company where I progressed up the ranks, the owner then took me to one side & said ‘there are two types of people, those who work for someone and those who work for themselves’ … he thought I was the latter (which surprised me!) and suggested before he made me a director I should leave and decide – with a job waiting if I came back …. I never went back, but we became great friends.

I went off to work in the Telco and IT sector and got to know the owner of a personal development magazine, which I had subscribed to. The magazine had interviewed the owner of a financial services company who had previously published book about how he had grown his business. I was able to arrange a meeting with him in London and learned a lot more about the success he had had building, and selling, his own business.

We had a great conversation for the allotted hour, but it turned into a more in-depth conversation that lasted the rest of the day. I decided that year that I wanted to go into business with this person. We agreed to start a business together and he taught me how to build a scalable and effective salesforce. Using his formula, I noticed that it was possible to apply this formula to all industries.

My business at the time was a Telco and IT business, which United Utilities bought a few years later based on the success we had in growing sales revenue. As part of the acquisition we agreed that I would stay on for 3 years to continue the business development side. Part of the formula was to run seminars across the width and breadth of the country to attract the best sales people. We continued to hit our targets and eventually Scottish Telecom offered to buy our division and I was asked to stay on. A few years later, I was still running the same formula to build sales and channels, Cable & Wireless bought the division and at that point I decided I wanted to do something new.

I was approached by many smaller businesses to build their sales channels, but by this point technology had advanced significantly and the seminars could easily be replaced by webinars and video. I came across a business that offered a video platform, albeit not in the B2B space, which is what I needed. I spent a lot of time with the owner of that company and we developed a new video platform for B2B use. Unfortunately, it didn’t work out the way I had intended, but around about the same time I met a gentleman, Alex Zang, who had built the video platform for Alibaba. We talked about how the platform could be improved and he offered to build it.

I was still cynical from the lack of success we had seen from the previous platform, so I invited him to Leeds to do some brainstorming and whiteboarding with me. Alex and his team came up with a load of content to prove the concept, which convinced me he was the perfect partner for this project. ZiMovi was born and Alex Zang is now the co-founder and CTO of ZiMovi.

What is more difficult: winning your first 5 paying customers or the next 20? And why?

The first client of my first company took me three months of sitting and waiting for the phone to ring. Back then I had no idea about sales and marketing! But through my experience in the Telecoms and IT area, where I had used a formula to build salesforces and channels, I had built up a lot of contacts. I used these contacts to collaborate and initially sold ZiMovi’s services to my existing contacts. My early customers, as all customers since then, were convinced by the benefits of using a corporate video distribution platform to retain viewers rather than sharing viewers and data with all advertisers of public video platforms such as Google-owned YouTube.

The vanity metrics reported by YouTube were no good for my business or that of my customers. What ZiMovi offered was the ability to collect and own the viewer data. It enabled interaction and the conversion into leads and sales. Compared to the integration of YouTube videos via an iframe into your website, ZiMovi allows the optimisation of video for SEO, which our customers loved and it soon showed great results for them. On top of all of that it enables easy syndication across social channels.

For our early sales it was relatively easy and a case of “right time and right place”, but don’t underestimate having the “right team” as well, which we had with Alex Zang and his team. Without that ZiMovi wouldn’t be the same today.

Which is more important for sustainable revenue growth: marketing or sales?

Both go hand in hand and not in any order of priority, as you can’t do one without the other

What is the best business advice you have ever been given?

Decide what you want and write it down – then it becomes a plan, not a dream. Always start with the end in mind as 9 times out of 10 that’s what will happen … but only if it’s written down.

What is your favourite business book, and why?

“The seven habits of highly effective people” by Dr Stephen Covey. Writing goals into a plan and doing the most important things first is why I like his advice and this book.

What is next for ZiMovi?

To build on the great early adopters and become the preferred platform for the digital community as more and more individuals and companies are starting to understand the power of video and brand protection/data capture/monetisation. We’re always evolving and review weekly what is happening in this fast-moving marketplace. 360 video and Virtual Reality are only a few of things that drive our ongoing innovation.

Thanks for your time and insight Paul.

For more information about ZiMovi, go to www.zimovi.com. If you’d like to connect with Paul, you can find him on Linkedin (https://uk.linkedin.com/in/greavespaul).

Lev Cribb started INBND to address one big problem: the disconnect between lead generation and sustainable revenue growth. Or in other words, between marketing and sales. He saw too many companies grow inspite of their lead generation efforts, not because of them. INBND brings the passion, expertise and focus to drive change in your organisation. Get in touch today and find out how a modern approach to revenue generation can help accelerate your growth.

About the Author: Lev Cribb

Lev Cribb is the Founder of INBND Growth Marketing Consultancy. Lev has spent the last 20 years working across marketing and sales helping companies to improve revenue growth. in the UK, Germany, SIngapore and Dubai. During this time he has worked with companies including SAP, Yahoo, IDG, VMware, IBM, UKFast, Scotchwhisy.com, Shuaa Capital and General Motors.

We use cookies to ensure that we give you the best experience on our website. If you continue to use this site we will assume that you are happy with it.OkRead more